Well, Of Course It Started Outside Primark And Then Moved To Greggs...

...after all, the proprieties must be observed, mustn't they? 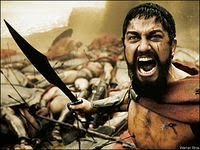 Two teenage girls were questioned, but no arrests were made.

Police were then called to Town Square at about 4.20pm following reports of another mass punch-up.

It is believed it broke out between Brooke House and the entrance to Primark. Officers questioned three people about the incident. Again no arrests were made.

Well, that's Essex for you! And Essex police...


Commenting on the first incident, one witness said: “There was about 40 of them. No one would help, they were too scared to get involved. It was all out of control.

“One of the girls had both hands full of hair extensions.”

Another said:“They were proper chavs. Like top notch chavs. They clearly have no respect for themselves or others.”

Email ThisBlogThis!Share to TwitterShare to FacebookShare to Pinterest
Labels: /facepalm, chavs, Essex, police out of control

As you correctly observe, Julia:

So the Essex-MassiFF Gurlz are revolting, that's news? What's next? Wipe Out in Wetherspoons? Pret A Massacre to the merry chant of:

"Yer gonna get yer feckin 'ead Ugged in, Like!"

"Shoppers took to Facebook and Twitter last night to vent their disgust after videos of the first incident – between the girls – appeared online. "

That's the spirit. Get it all out of your system. Then relax and sit in front of the TV and Strictly.

I notice our so-called police bottled...

"like top notch chavs". Some thing to aim for in life I guess, if you live in Basildon. Thinks of a book title, "chaving in Essex, the how to of top notch chaving".

It is believed it broke out between Brooke House and the entrance to Primark.

I'm confused. Who is Brooke House and what does she have against Primark?

"What's next? Wipe Out in Wetherspoons?"

"I notice our so-called police bottled..."

"I'm confused. Who is Brooke House and what does she have against Primark?"

If you have enough evidence to convict, then do so.

Sadly things like EVIDENCE as to actual offences are needed. And that does NOT include "He was in the general area Guvn'r!"