But It's OK, They 'Planned To Hold A Meeting As A Matter Of Urgency'...


The report slammed the decision to send a student social worker to deal with the troubled family, calling it 'most inappropriate in the circumstances'.

It revealed that even after a worried lawyer urged the council to send a more experienced worker to solve the situation, the student was still sent on most visits.

An unannounced Ofsted inspection in July 2010 in the area where the family lived found that cases were 'carried out by unqualified staff or staff who are not yet registered as social workers'.

At the time, the inspector said: 'This practice falls well below expected standards and may place children at risk of inadequate protection'.

But they aren't to blame for the deaths! Because...

Errr. Sorry, I can't figure out why not from the 'Mail' report.


The report also found the mother’s mental health had been assessed before the birth of her first child, but never after she became a mother, despite longstanding concerns.


But it concluded that staff had been hampered by the mother’s unwillingness to engage with social workers... 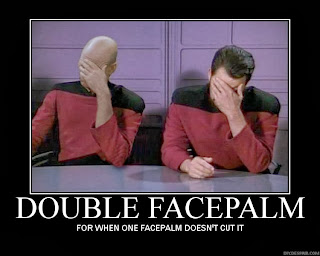 When is this going to be considered as a clue, and not an excuse?
Posted by JuliaM at 10:45

And where was the useless c--t of a father, who`s now blaming the `lack of support` from the social services? First response should be to sterilise him!

"But it concluded that staff had been hampered by the mother’s unwillingness to engage with social workers..."

Maybe Social Services should ask themselves WHY no parent wants to 'engage' with social services. Surely Social Services must know by now that no one, no parent, will open the door to them for fear of losing their kids.

I made that mistake years ago, I asked Social Services for help with Eldest Son who was going so far off the rails that he was down the embankment and heading for the bus stop. Everyone told me that I was fucking stupid and that the kids would all be taken into care but I thought I knew better...that I knew for certain there was no abuse/no danger etc.

Result? I ended up driving down the autobahn one night in a covert action to get my Kid on a plane and out of the country before Social Services called the next morning to take him into care. Thank God I always insisted the kids have valid passports from birth.

Round the corner from where we lived in Cromer until recently, there lives that family who have been on the national news because not only did social services take their kids without just cause but they also gave the baby up for adoption before the carrycot was in the boot of the Social Worker's car and once adopted the birth parents can never get the kid back.

At present I am studying for a law degree and one of the debates is that the law commission is a consulting stage for a law making it a criminal offence if doctors don't report their concerns. These kids had health professionals raise their concerns, not that it did any good for them. Perhaps a duty under criminal law for the head of social services for that particular area, with say hanging using piano wire for those found guilty of negligence.

It is my understanding that the local authority did issue care proceedings but the Court ruled against them. It is not surprising the mother did not wish to engage but realistically what are social workers supposed to do when the legal remedies have failed?

The Blocked Dwarf - your story is quite disturbing. Have you contacted Christopher booker - a journalist who writes about social services / family court abuses?

"The Blocked Dwarf - your story is quite disturbing"

The really disturbing thing about my story is that I was stoopid enough to 'engage' with Social Services. Turned out the reason my kid was such a little shit was he was one of those kids with that form of juvenile diabetes that only shows up on a test when they are about to die from it...and he almost did. But Social Services had already decided that his misbehaviour could ONLY be due to the fact we were a dysfunctional family (ie his Mama was a mental patient and I an alcoholic).

As this all took place in Germany and 20 years ago I doubt Mr Booker would be interested.

XX a law making it a criminal offence if doctors don't report their concerns.XX

So that is the "patients confidentiality" out of the window then.

A family refused to let their 16 year old daughter out of the house to go with her boyfriend, who was a known drug dealer, etc.

They were done for "Freiheitseraubung" (Illegal imprisonment" basically.)

So. Three monthe later, same boyfriend (a MIRACLE indeed!!), and the bastard (daughter) gets nicked for dealing, put up to it by said boyfriend/pimp, whatever.

The parents were then taken to court, and done, for "not ensuring the safety of their bastard."

Apparantly following them every step of the way on nights out is also illegal. (stalking).

Now, tell me why fewer and fewer people here are choosing to pop bastards!

As late as the 70s 'Dad' would have put said daughter over his knee and the dealer boyfriend on crutches.

"First response should be to sterilise him!"

"Maybe Social Services should ask themselves WHY no parent wants to 'engage' with social services."

There's a certain amount of truth to that, indeed...

" These kids had health professionals raise their concerns, not that it did any good for them. "

But the answer to any modern tragedy must always be 'more legislation'.

Oh, yes. A full complement of chavnames. That really should be another clue...

"So that is the "patients confidentiality" out of the window then."

Yup! Also, wouldn't this breach some ECHR laws too?

"As late as the 70s 'Dad' would have put said daughter over his knee and the dealer boyfriend on crutches."

Back then, 'Dad' would have lived with 'Mum'!

Another case of Commyron and his amazing non performing prliamentary apes thinking, or lying to the public that they can do anything in the British Parliament that will not be slapped down by "Superior lgistlation" from Europe.

Good post. I will be facing a few of these issues as well..