…Except, That Is, For The Lack Of Nazis, U-Boats And Dinosaurs.

Residents of three blocks of flats which were surrounded by floodwater feel they are living in “the land that time forgot” . 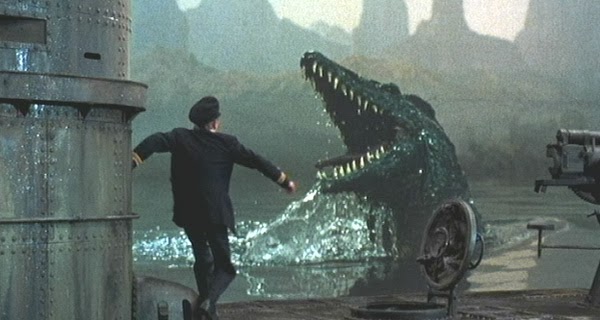 "Ethel, no need to worry about next-door's pitbull any more..."

Mr Richards said the flats should be given better flood protection.

“I think about 25-30 years ago a feasibility study was carried out on getting a bund put in. I would have bitten their hand off but residents at the time said no because it would spoil their views of the river,” he said.

Gosh. That sounds familiar.
Posted by JuliaM at 10:50

Not so long back I walked past a newish built block of riverside-ish flats in the fine city of NaaaAArwwidge (Norwich in English...GO Sugarbeeters!), upon the wall of which was this http://tinyurl.com/nw2b8q6

I stood in quiet contemplation at the stupidity of the residents who had , no doubt, paid extra for a riverside view...