The Mysterious Case Of The Missing Bush...

Mel Foreman is a parent governor at the Hope Community School and she said that it shocked the close-knit community at the school.

She said: “We as a school are 150 sets of parents that regularly shop in this store as it's so close to us. This incident has traumatised us all, particularly the children who witnessed it.

The incident involved a mother of eight year old twins. She was shopping at Lidl on the way to school and when she was left the store she heard her son shouting.

Ms Foreman said:“She turned around to find the manager, who is well over six foot tall, grappling with her eight-year-old attempting to take the guitar asking if he'd taken in. Keeping in mind they do not sell guitars.

“The mum intervened and the resulting tussle ended with her in a bush.

“The problem here as I believe is there is a serious issue around the aggressive nature of the staff in this location.”


A spokesperson from Lidl said: “We always strive to achieve the highest standards of customer service and were disappointed to hear of this matter. The circumstances are being investigated as a priority."

Hopefully that investigation will turn up the bush in question. It's well hidden! 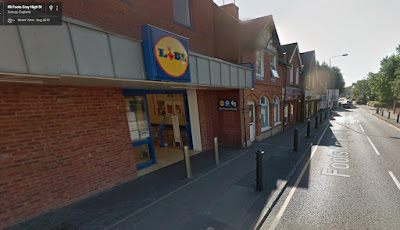 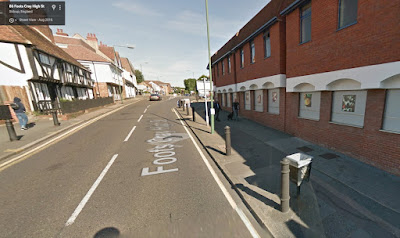 Some comments seem to indicate the complainant likes to get her name in the paper (click link with caution if you're eating):

Indeed, some have done the fact-checking you'd expect a newspaper to do: 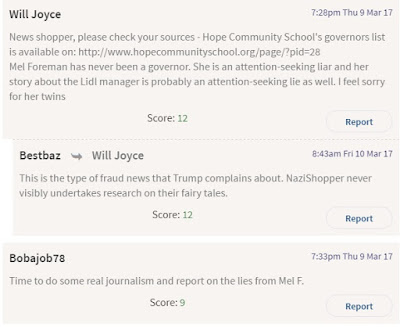 What happened to the world of local journalism?
Posted by JuliaM at 09:00