The application for flats on the second floor was approved in December but had initially been submitted in June 2015 and refused three times.

Those plans were refused on multiple occasions due to concerns relating to living conditions within the flats, noise and the large number of building alterations that would be needed.

Well, yes. It's a second floor restaurant (and not a very good one, I've been there) so it's going to take quite a lot. And describing them as 'luxury' flats seems a bit cheeky.

So was the council right to be so worried?


However, despite concerns raised by the council, the application did not receive any objections from the public. 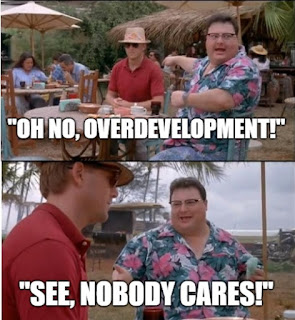 Guess that settles that!
Posted by JuliaM at 09:00