Ms Rayner claims she had arrived at Ayr train station planning to buy the dog for £400 after replying to an advert on listings website Gumtree.

But when she got to the station with her nine-year-old daughter Rhiannon Strachan, she found Kai - whose real name is Pluto - did not look like the dog in the advert.

We've all been there. Something not as described. A sensible person walks away. But would a sensible person be buying an adult dog of uncertain history on Gumtree in the first place?

Now, how can this woman portray herself as the victim in this, instead of the villain?

I know! How about giving the 'Daily Mail' an interview?


Ms Rayner said: 'I panicked. I suffer from a panic disorder so I panicked even more and thought I could have a stolen dog now.

'I spoke to a man at the station and told him that it wasn't my dog. I told the guy I needed to get the next train. So the guy knew and he said to tie him so I did.' 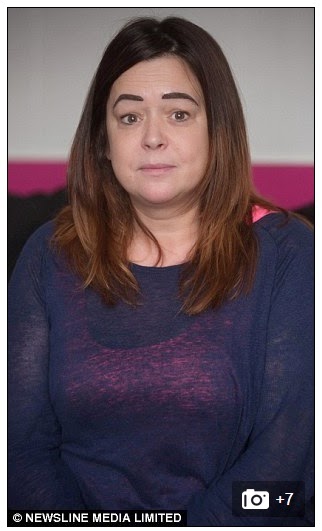 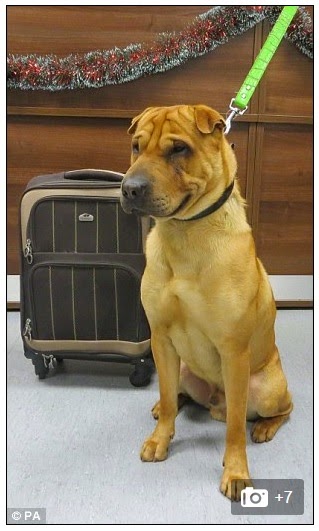 1/10 for inventiveness. You deserve to be banned for life from owning anything bigger than a goldfish...
Posted by JuliaM at 09:30

Email ThisBlogThis!Share to TwitterShare to FacebookShare to Pinterest
Labels: animals, excuses, people who ought to be hung up by their thumbs

What have goldfish ever done to deserve her?

She is ONE of the villains.

Surely the REAL villain is the cnut who deliberately set out to deceive & when rumbled, instead of taking the dog away, compounded this by doing a runner. I'd be happy to see him tied to a post & then abandoned.

Ps: On second thoughts, the dog is better off now that it is well away from the cnut.

These stupid people always make up some medical excuse!

'I don't think people should sell dogs on Gumtree.' She says in the Mail.

If bellends like her didn't buy them, that problem would solve itself.

"What have goldfish ever done to deserve her?"

Well, at least they won't remember..!

"Surely the REAL villain is the cnut who deliberately set out to deceive & when rumbled, instead of taking the dog away, compounded this by doing a runner."

Oh. I'd hang him up by something too. Maybe not the thumbs.

"If bellends like her didn't buy them, that problem would solve itself."

Yup, they always blame the medium, don't they?