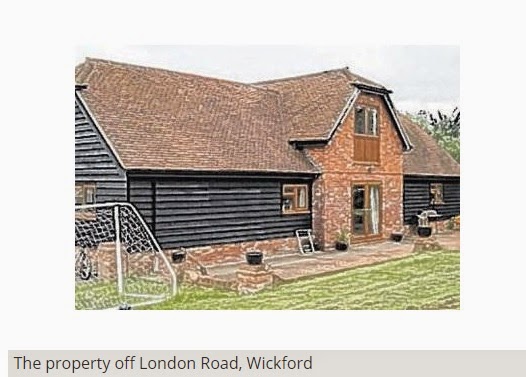 It was first billed as a stable block and has survived numerous planning battles with Basildon Council, but now its owner has finally revealed his four-bedroom detached home is just that. Tommy Saunders, 41, who owns the property off London Road, Wickford, claimed throughout legal battles with the council it was built to house four horses.


...Mr Saunders convinced two planning inspectors it was not a residence, after appealing enforcement orders.

Wait. That's not funny. We're paying the wages of these people.


The Echo can also reveal the council got the green light to demolish the property’s ornamental external walls, most of the drive and a fuel oil tank and oilfired boiler more than four years ago, but failed to take action.

is Tommy a pikey?

If councils and planning officers in particular, stopped empire building and and used that ever declining resource 'common sense', there would be a dramatic drop in this type of case and there would be a larger number of people living in their own homes.

The area and other aspects of the case make me think so...

"...and there would be a larger number of people living in their own homes."