For Once, They Have A Point…

Parents have called for action to protect their children from danger drivers on a road dubbed a “death trap”.

Angry mums and dads want at least two school crossings put in outside Janet Duke Primary School in Markhams Chase, Laindon, claiming youngsters are at risk due to speeding and illegally parked drivers.

For once, I'm going to agree. Because a quick glance at Google Maps shows that there's not even one: 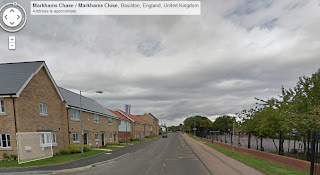 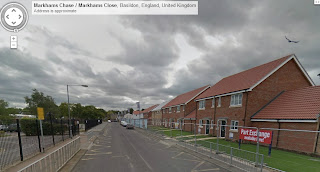 Now, it may simply be that the maps aren't up to date, and there's clearly still building work going on at the housing estate in them. But a school with no pedestrian crossings anywhere near it is asking for trouble, surely?


Many, who turned up to a public meeting about the issue last week, blame other parents for making the situation such a hazard.

Not themselves. Oh no! It's always the others...


Headteacher Mrs Phelps-Knights said: “This has been an issue for too long now but we need parents to accept some responsibility.

“Parents need to stay with their children and make sure they don’t lose control of them as they cross. I have written a number of letters to parents detailing the issue but we need a solution.”

Illegally parked drivers. I wonder who would park illegally outside a school at school time.