A BBC Question Time audience member clashed with author Bonnie Greer last night after she claimed it is 'bad being a foreigner' in Britain at the moment.

She didn't mean herself. She meant 'a friend', as they always do.


The American-British playwright claimed her Polish friend could no longer speak to her daughter in her native tongue on public transport because people abuse her. 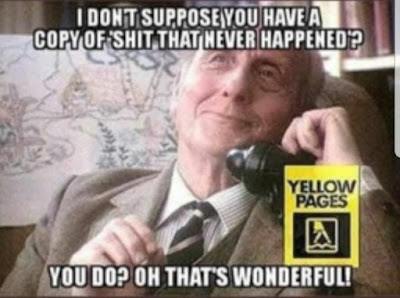 I rarely hear English spoken on my early morning commute. And yet, no-one turns a hair. Most have their heads buried in a copy of the 'Metro' or their smartphones and Kindles.


But the man in the audience in Wallasey, Merseyside, criticised the allegation during the debate, saying she was 'labelling the whole country as being racist'.

Well, of course she is. It's all she's famous for, after all. And once upon a time, she'd never have been challenged on it.

Email ThisBlogThis!Share to TwitterShare to FacebookShare to Pinterest
Labels: BBC, identity politics, liars, mad as hell and not going to take it any more

I've read quite a few stories of Americans getting in people's faces for not speaking English. Isn't it likely that every single country on earth harbours a minority of people who are rude to foreigners and that Britain is no different? The significant word here is minority, these people are not typical.

Bonnie Greer says Ireland owes the UK nothing? What about bailing them out when they had a financial crisis - while the UK was having its own? What about those ships and men lost in the North Atlantic that fed Ireland as well as the UK? What about the millions or citizens of the Irish Republic who earn a living over here?

People do care. They say nothing because they know the blowback isn't worth it.

The US has an enormous woodpile, so it seems, capable of containing more than one ...

My wife and I often speak Spanish together - only once has anyone complained about it.
That was 19 years ago in North Kensington - and the person complaining was black not a white supremist.

" Isn't it likely that every single country on earth harbours a minority of people who are rude to foreigners and that Britain is no different?"

Yes, but Britons rarely do more than 'tut' loudly.

"What about bailing them out when they had a financial crisis..."

She assumes everyone is as ungrateful as herself.

"...and the person complaining was black not a white supremist."