A former east London councillor has been warned he could face jail for a decade-long housing fraud that was uncovered while he was in office.

The place...? Where else? Tower Hamlets. 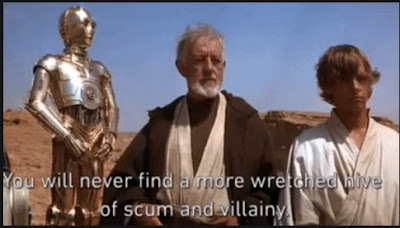 Muhammad Harun, 49, remained on the Tower Hamlets social housing list while owning a property within the borough and another in neighbouring Barking.

Harun, a solicitor, cost the council about £125,000 which could have been spent on housing vulnerable families for the duration of the con.

And look at his associations:

Judge English (Ed: *chuckles*) warned him he faces jail because of the length of time the fraud went on for and the number of housing claims he made.

It is JUST possible that a Labour thief, who also holds other aces as a coloured solicitor of a certain religious persuasion and who also enjoys protection from bent confederates of the same Institute and the support of other Labour conspirators...sorry, councillors...may actually serve a richly-deserved jail sentence.

"That's not really much better. It could have been left in the taxpayers pocket"

That's where I'd prefer to see it!