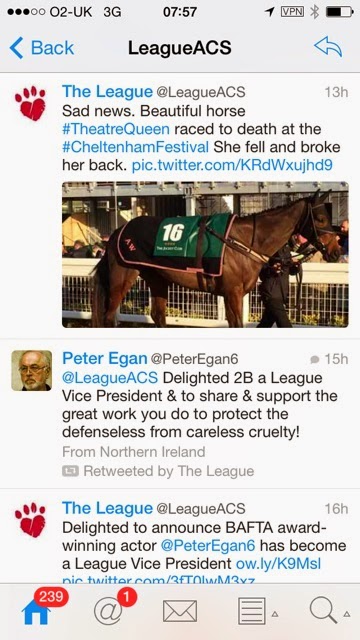 …we’ll just turn them all out into fields and let them starve to death through overgrazing and overpopulation instead.

That’ll be OK with you, right?


Mr Pearce said: "I told Douglas Batchelor about the problems with the deer and said they could not just give them hay because they needed more food. Some of the land should be ploughed and swedes planted and there should be more pasture provided.

"He did assure me he would mention it to the league's committee and tell me what they decided but when I called him later he told me to mind my own business.

"When I said that I would go public, he told me that what I was doing was political."

So, mind your own business, LACS. What you’re doing is political.