Smeaton confronted one of the men from the 4x4, who was fighting with a police officer. "I got a kick in," he said. "Other passengers were getting kicks in. The flames were going in two directions ... You know when you're younger, you put a can of Lynx [aftershave] on the fire, and it's like a flame thrower." And: "Me and other folk were just trying to get the boot in and some other guy banjoed him".


A football fan reportedly yelled “F**k you, I’m Millwall” as he single-handedly took on the three knife-wielding London terror attackers armed with nothing more than his fists.


The acting Metropolitan Police commissioner locked himself in his car as he watched terrorist Khalid Masood kill one of his colleagues in Westminster because he had "no protective equipment and no radio,” he has told an inquest.

He does have a knighthood now though, I note.... 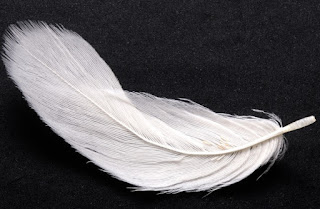 Anyone got Scotland Yard's new address...?
Posted by JuliaM at 09:00

I'm absolutely disgusted with this man.........but not the slightest bit surprised. This has caused disgust amongst normal front-line officers and shows how detached the senior officers are. At the time he was acting Commissioner (Cressida was waiting to be appointed)and so he was the most senior policeman in the country. He is meant to set an example to us mere plebs.

I'm on two police only Facebook pages and the hatred for him is overwhelming.Unfortunately I can't comment on there as I'm still in the job.

Apparently after the Broadwater Farm riot - and wouldn't life have been different had the nettle been grasped after THAT event - the chief of the met, one Kenneth "Metro Gnome" Newman turned up to inspect the troops, who showed their appreciation by turning their backs on him.

It sounds like this grovelling nothing should join him in the ranks of infamy.

I feel sorry for the ordinary bobby - or bobbyette. Lions led by donkeys.

As it was an official Police vehicle, it would have had a fire extinguisher. A face full of foam to disorient and then smack the gobsh*te across the head, repeatedly, until he went down (I've done it in the past, and it works). Unfortunately, that would require an element of courage and the ability to think on your feet. Two attributes that this pathetic creature is sorely lacking. I would think that the Met will now experience more resignations than recruits in the near future, due to the image this man portrays of the capital's Police force.
Penseivat

That disassociation won't fool those who have scanned your 'educatid' comments, WC Jaded. A long buff streak permeates your own jellied spine; from atlas to coccyx.

MTG, I don't know where your hatred of the Police comes from,but having followed Julia's blog for several years, I notice that it is becoming more extreme. Can I kindly suggest that you seek help before matters go too far.

You are sadly mistaken. It is your colleague who speaks of 'hatred' in her comments.

I make no attempt to disguise my contempt for police and a thoroughly rotten Establishment but I maintain a personal discipline of never hating anyone or anything.

And as if it were necessary to endorse your own cowardice, Jaded...you hide behind your crude, two-word post. Wind up the windows and lock the doors, dear.

How strange, Jaded. Are you tresspassing on the right property?...I'm at 39 and it has no shed, my dear.

Does anyone here honestly think that Sir Mick Jagger would have done a better job?

For once, you're in good company.

"...who showed their appreciation by turning their backs on him. "

Should have dropped trou too, so he REALLY got the message!

"Does anyone here honestly think that Sir Mick Jagger would have done a better job?"

I think ANYONE would have!