You Know My Solution To This By Now, Don’t You?

Mrs Caffrey, who is 4ft 10ins, suffered cuts to her nose and was left fearing for her life as she held Missy above her head from harm’s away whilst the snarling Bull Mastiff jumped up at her.

Three year old Missy also suffered serious injuries when she was bitten six times on the stomach during the attack in Chorlton-cum-Hardy, Manchester.

And I assume that’s now an ex-mastiff?


But magistrates spared the Mastiff's life after being told it had been placed in a new home with a family of six children, including a child with autism.


Its former owner Helen Sayle, 47, was ordered to pay Mrs Caffrey £150 compensation at the rate of £5 a week.

Because a mother of four can afford to buy - and keep - a dog that eats as much as some zoo animals, but clearly can’t afford to pay for the results of its depredations, I suppose?

After all, it’s not like she has a well-paid job. The people that own these things – at least, the ones that make it into the papers in stories like these – never do, do they?


The mother of four, an office cleaner who admitted having a dangerous dog, was also ordered to pay the £500 vets fees plus costs of £100 pounds and was given a 12 month conditional discharge.

So…why did the magistrates act so leniently?


During the hearing an animal behavioural expert said the Bull Mastiff was a 'lovely animal' which posed no threat to humans.

So long as they aren't holding small dogs, I presume he meant?


In court Prof Barry Peachey, an animal behaviour expert who examined the Mastiff, said that the animal only injured Mrs Caffrey because it was attacking a smaller dog.

Just as well, in our society, women don’t routinely carry around small do… 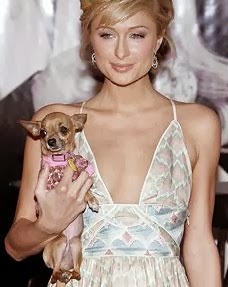 'I have done hundreds of these cases and I would hardly ever be able to say I would rehome the dog myself but in this case I would. It is a lovely dog.'

Well, yes, Barry, but it’s easy to say that when no-one’s forcing you to do so, isn’t it?


In mitigation defence lawyer Gemma McGungle said: 'This is a series of events that have occurred not through any fault of the owner. The defendant immediately took steps to ensure the area from which the dog escaped is now secure.

'More importantly than that she used her contacts within the community to rehome the dog. The evidence is that Holly is not a dangerous, nasty or vicious dog, she is a playful dog.'

'Rather than that being a characteristic that makes her dangerous she just requires a lead.'

And someone with the strength to restrain her on that lead. I guess as the new owner's fathered six kids, we'll have to hope he still has...


After the hearing its new owner Barry Taylor-Lewis, 31, refused to comment.

It's no good putting them down *after* the attack. You've got to shoot them *during* the attack.

Totally agree with Rob. And why does it appear that it was really the DOG on trial, rather than the owner?

Maybe the judge was a Pit Bull in disguise?

"You've got to shoot them *during* the attack."

The dogs? Or the owners?

"And why does it appear that it was really the DOG on trial, rather than the owner?"

Our wonderful 'justice' system, folks! Give it a big hand...

Is the animal expert who gave expert evidence for the defence the same Professor Barry Peachey who just appeared in the BBC Undercover programme 'Justice for Sale' as one of 4 expert witnesses willing to give favourable report for the right price....available on BBC iplayer. Anyone who fell foul of his expert advice might do well to check him out? He's a Professor of religion isn't he?