More Than One Type Of Dumbbell...

Neighbours described how the suspect was throwing iron dumbbell weights from the top window and back yard of his own property which then smashed onto cars parked on the street below and through the upstairs windows of two nearby houses.


About 20 officers were involved in the operation to secure the area while negotiators worked to capture the suspect.

Well, if that hadn't worked, I suppose they could always just leave?


Mark Jenkins lives on Stewart Street to the rear of Cartmell Terrace and had his stairwell window smashed by a flying dumbbell.

He described how the suspect damaged cars and threw crockery, a television, CD player and white paint into the road.

“It was crazy, you could see the red laser dots from the police guns aimed at his house,” said Mr Jenkins.

“It looked like Beirut before we got it all cleared up.” 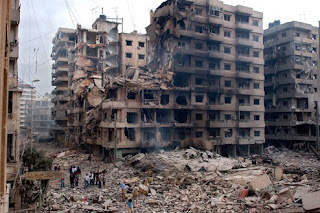 Beirut or Darlington? Hmmm. Tricky one...

Melvin move the chair away from the staring window as this hot weather is making you odder than ever.
Pestilence.
Jaded